Norman Reedus, star of Ride With Norman Reedus and best known as The Walking Dead's Daryl, chats with AMC.com about filming early episodes with Josh Brolin and Dylan McDermott in New Zealand, how Season 5 changed in response to the global pandemic and worldwide quarantines, and how the pandemic sent him on a solo jungle adventure in Costa Rica. Read on for more:

Q: Before pandemic quarantines shut down productions all over the world, you got to film some new adventures in New Zealand with Josh Brolin and Dylan McDermott. Can you talk about getting them on the show?

A: Have you ever been to New Zealand? That’s all you have to say, is, “We’re going to New Zealand.” It’s the most beautiful place ever. Josh and I had a bunch of mutual friends, and I was like, “Oh man, I love that guy. I want to get him on Ride.” They were like, “He would do it so fast.” And I literally just contacted him and was like, “Hey, you wanna come to New Zealand?” and he was like, “Yep,” and we just went straight there. He was so fun. 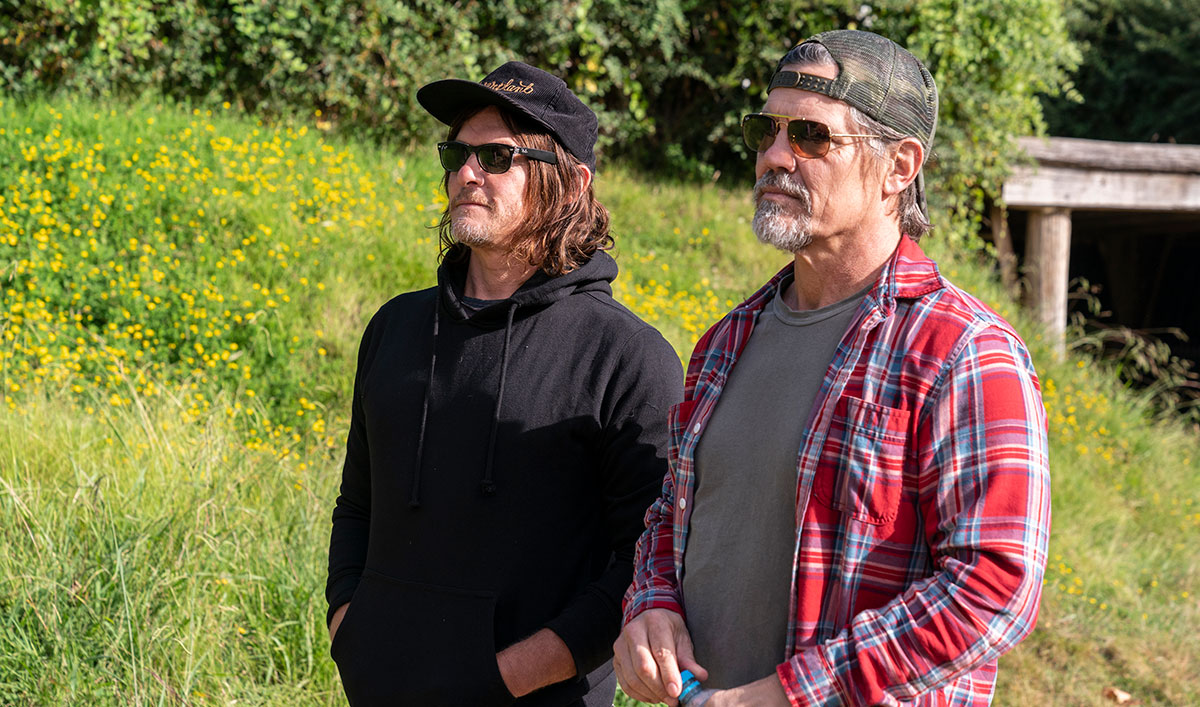 The place has a magic all its own, and Josh has such a cool personality. He’s up for anything. He never complained, he’s just super fun, and he has a great sense of humor. I talk to Josh quite a bit, still. He’s gonna be a lifelong friend of mine.

Q: What are some highlights that fans can look forward to from your New Zealand adventure?

A: They were both pretty different. One was in the North and one was in the South, and the North [Island] of New Zealand is very different from the South [Island]. The North is more of a city; you know, there’s city things happening. And the South just looks like The Lord of the Rings. It’s completely different. But the glow worms were a big deal. That was so cool; I don’t think I’ve ever seen anything like that before. And this racing stuff that we did -- we climbed this hill with all these professional racers. That was a blast.

Both of those guys are a lot of fun, and sometimes some of my favorite times on Ride are just when it’s me and the co-rider, and we’re just talking, having fun, and hanging out. We do a lot of fun stuff, too, but you’re kind of smiling in your helmet when you’re flying down the freeway and you’re just enjoying the scenery and chatting. That’s the beauty of the show. You start to really bond with somebody when you’re on a road trip. 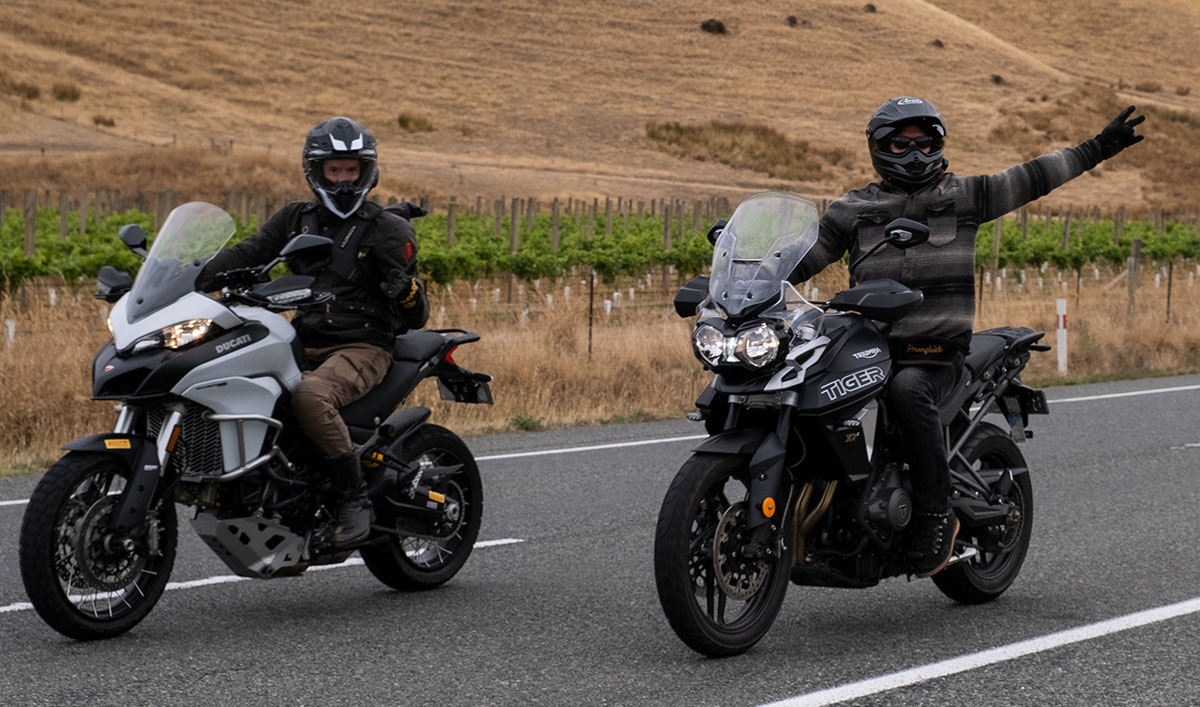 Q: Ride was filming last winter when Covid-19 shut down production, and we spoke last year with executive producers Anneka Jones and Lizzie Ashe about how they were trying to handle the early confusion. Can you talk about those early days of uncertainty from your perspective?

A: That was crazy. My girl was doing a movie in Los Angeles, and I flew to LA because I had ten days before I was going to Italy. I landed in Los Angeles and I was just kind of waiting, and then they were like, “You’re not going to Italy, it’s really bad over there right now.” So I was like, “Well, what do I do?” and they said, “Just sit tight.” And that lasted like a year. [Laughs] I’m like, “I’m still sitting here!”

Then I had to come back to work on The Walking Dead. I go back, we shoot these six episodes, and then I went straight to Costa Rica. I have a little house in Costa Rica, and I’ve been going there for a long time. So me and the family are in Costa Rica and then [the Ride team] is like, “We need to do the ADR, where are you?” And I’m like, “Uh, I’m in Costa Rica.” And they were like, “When are you coming back to New York?” And I was like, “I’m not coming back to New York. I’m staying right here.”

They worked out a way that I could do the ADR while I was in Costa Rica. I had to get on my little dirt bike, ride down the mountain, and I went to this little condo that they had rented in the middle of the jungle. I go in and there’s little post-it notes: “Take this,” “Plug this in here,” “Push this button,” “Put this card in this.” I didn’t see one person doing any of it. So I put the little card into the mailbox and I put the keys in the mailbox, and then I’d get back on my dirtbike and go back up into the jungle in the mountains. And I did that every day until we were done. It was very unique. Of course, you’re connected with people via FaceTime while you’re recording and explaining what is playing while you’re doing the audio for it. But it was different. This was a different type of year.

Q: How did you and the crew decide to turn the rest of Season 5 into a reflection of your previous adventures?

A: We have so much behind-the-scenes footage, because we have multiple cameras running the entire time, from morning to night, with all these different angles. When you do an hour long television show, and you shoot a billion hours of footage, you have a lot of behind-the-scenes stuff that nobody has ever seen before, so we’re gonna do a clip show for the remaining four episodes. And to be honest, we could have done about 15 clip shows, because we have so much stuff, and it’s fun to revisit it that way, too. 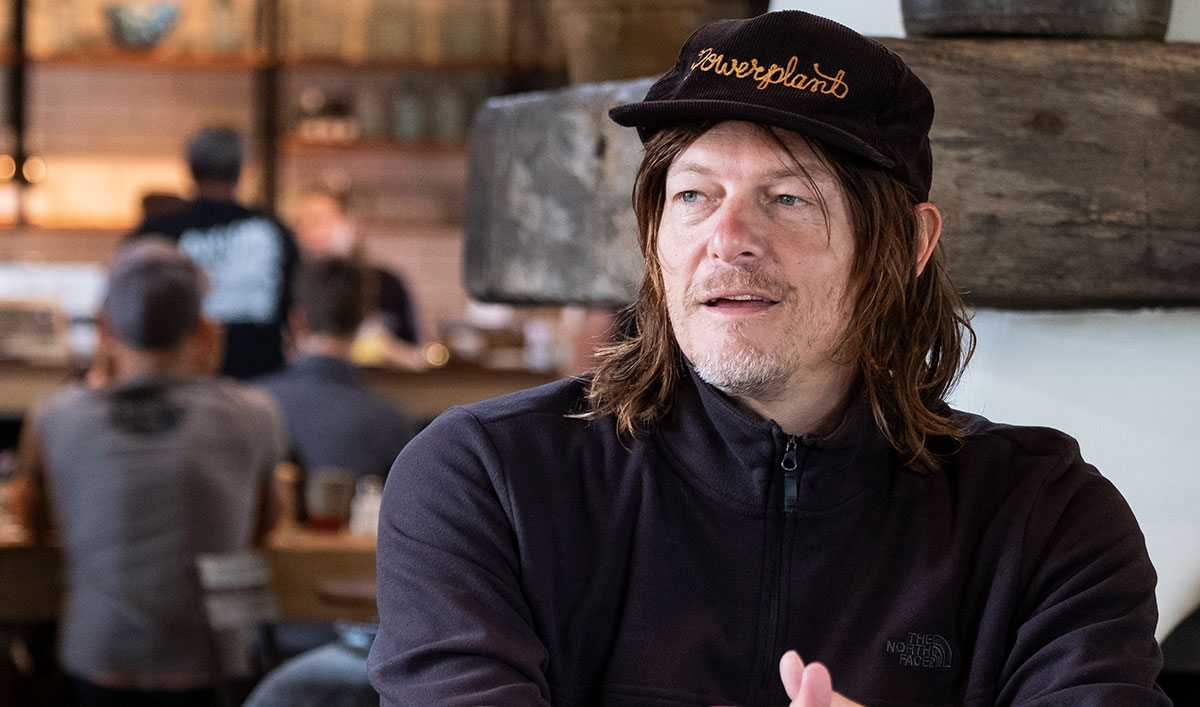 Q: Ride seems like the kind of show that just keeps on moving with little time to take a breath. Despite not being able to travel and ride, was there any benefit for you in reflecting on all the adventures you've had so far?

A: First off, you’re reconnecting with that group, and the Ride crew is the best. We did a whole episode last year where Michael Rooker and I rode from his hometown back to Atlanta, and one of the things I wanted to do the most was to go to Nic & Norman’s, our little restaurant here in Georgia where we film [The Walking Dead], to get the crews from both shows together. Because I have my The Walking Dead crew family, who are great, and then I have my Ride crew, which is a different family, and they’re great, and I was just like, “You guys should know each other. You both have to put up with me, first off -- which, I feel sorry for all of you -- but you guys are so like-minded.” Because The Walking Dead crew are like, “Come on, let’s get this,” and climb a tree or jump in a lake full of eels, it doesn’t matter. They’ll do whatever. And then the guys on Ride are the exact same way. “There’s a river full of alligators! Will someone cross it and take pictures?” “I’ll do it!” It’s such a fun thing to get both of your crews together in one room, have some drinks and just talk shit about me. I was just like, “This is perfect. This is the greatest thing ever.” That was a real highlight for me. 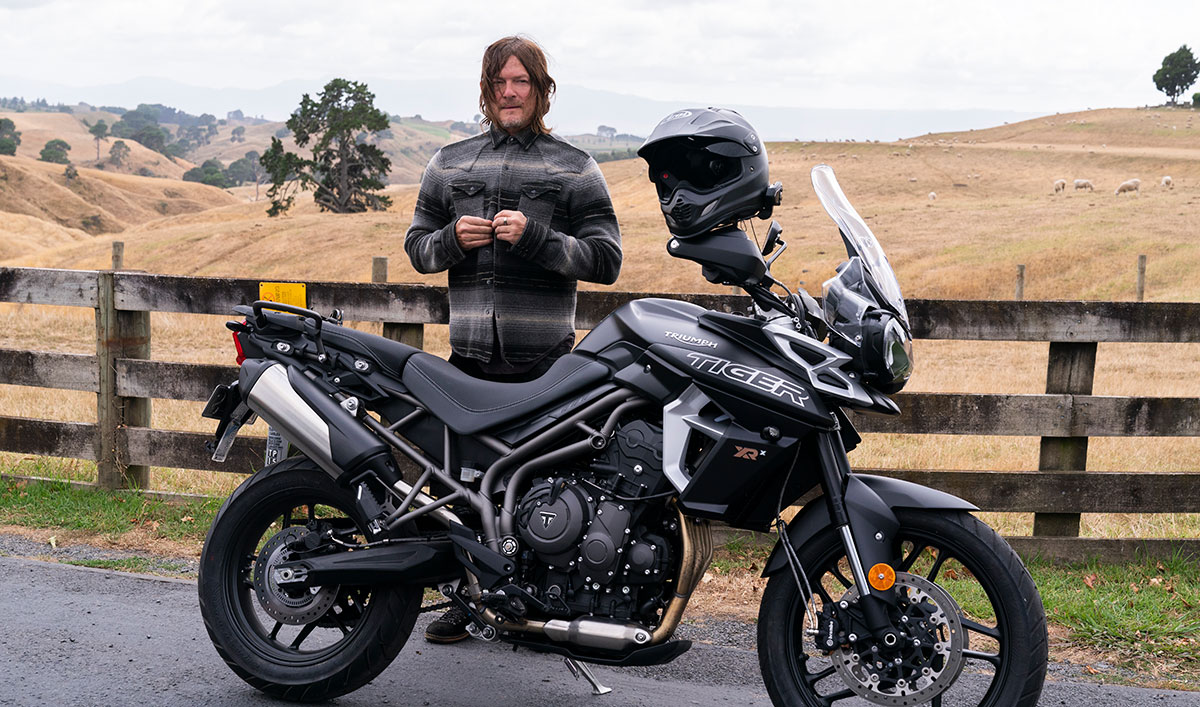 And you’re right, we really don’t stop. The day starts before the sun comes up, and somebody knocks on my door with a camera in my face. I’m like, “Ugh, god, what time is it?” And they’re like, “Get up! We’re going! Get your coffee, pack your bags!” It takes me like an hour or two to realize what we’re actually doing. And then we’re on a motorcycle, and it’s usually freezing cold that early in the morning, and you have microphones and speakers in your helmet, so you can hear nineteen people talking at the same time. You’re starting your bike and it’s freezing, and you’re kind of out of it, and then you start to warm up as the day warms up. It’s just so much fun to shoot those shows, for all the reasons you wouldn’t know unless you saw a bunch of behind the scenes footage.

Q: Did you get to enjoy any personal riding during quarantine time? Do you think motorcycle riding has taken on a new dimension for riders during this time?

A: It’s funny, I was listening to Howard Stern this morning and he was like, “You know what's funny about motorcycle people? They’re not going anywhere! They go, 'I’m going to ride my motorcycle today!' And they’re not really going anywhere." He’s kind of right, but that’s the best part of it. You get on your bike and you just go. And you’re kind of just by yourself. It’s definitely fun to ride with other people, but it’s also fun to ride by yourself. I know a lot of people who are packing up their houses and apartments, and they’re buying vans and Winnebagos, and they’re going out to the country and they’re like, “We’re gonna start growing our own vegetables!” And I think it’s great. There’s a bit of it that’s camping; there’s a bit of it that’s glamping. If there’s anything positive about all this bullshit that’s happening with coronavirus and everything, it’s that people are spending more time with their families. They’re kind of reflecting inward. And that’s part of what you do on a motorcycle.

Ride With Norman Reedus returns Sunday, March 7 at Midnight/11c. The Season Premiere is available to stream now on amc.com, the AMC apps and AMC+.

For more of the latest news about Ride With Norman Reedus, sign up for the AMC Insiders' Club.

Darren (Aled ap Steffan) pulls a gun on his father, Kinney (Mark Lewis Jones), just as they nearly get to the light at the end of the tunnel of their endeavor.

Grace comprehends the true meaning of her dreams.

A behind-the-scenes preview of Episode 13 of Fear the Walking Dead Season 6.

The stars of FEAR on the inspiration for Grace's trip to the future on how her grief will change the future for Morgan and others.

June, in search of answers, finds a new mystery.

Allison is tired of joking her way through a sitcom life. And what she has planned is no laughing matter. Series premieres June 20 on AMC or watch one week early on AMC+.

The Wallaces and Dumanis must deal with a chaotic and bloody series of events at their family dinner.

AMC's Book Club — What Would Carol from The Walking Dead Be Reading?